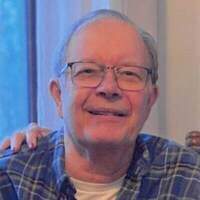 Arden Joel Svenby was born February 5, 1943 in Mahnomen, MN to Albin and Elizabeth (First) Svenby. He grew up and attended grade school in Bejou, MN. He then attended high school in Mahnomen, graduating from Mahnomen High School in 1961. Following high school, he worked for Ness Construction in Mahnomen. He then served in the United States Army from 1964-1966. Following his discharge from the Army he moved to Detroit Lakes and worked for Fairmont Foods, delivering milk. On May 15, 1971 he was united in marriage to Angela Leines in Sisseton, SD. They made their home in Detroit Lakes. In 1979 Arden started his career with Leever’s Super Market in Devils Lake, ND. They moved to Devils Lake in 1981. He retired on February 1, 2008 and they moved back to Detroit Lakes.

Arden loved trucking and was very meticulous about keeping his vehicles clean. He enjoyed woodworking, feeding the birds, and going to breakfast with the guys. He was a fifty year member of the American Legion.

He was preceded in death by his parents; one brother Floyd; and two infant brothers, Arvid and Joseph.

A visitation will be held on Friday February 5, 2021 from 4:00 – 7:00 p.m. at the West-Kjos Funeral Home in Detroit Lakes, with a prayer service at 6:30 p.m. Graveside services will be held in the spring at the Bejou Cemetery, Bejou, MN.

To order memorial trees or send flowers to the family in memory of Arden Joel Svenby, please visit our flower store.
Open