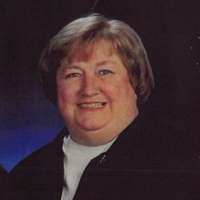 Beverly (Bev) Josephine Dobrenski was welcomed by her husband and heavenly Father on June 24, 2021.

Bev was born on June 3, 1933, in Nelson, WI to Oscar and L. Orvilla (Torgerson) Bade.   They ran a small dairy operation until moving to a larger farm near their family homestead in Brown County, SD in 1939.   Bev attended a single room country school through the 8th grade, and then graduated from Groton, SD high school in 1951.  While in high school she was a competitive ice skater and was invited by Dick Buttons to join the Ice Capades tour, which she reluctantly declined.

She attended SDSC (now SDSU) in Brookings, SD, graduating with an education degree in Home Economics and Science.   Her first job was teaching in McLaughlin, SD, where many of her students were ranchers' children and were boarded in town.

She met Robert (Bob) Dobrenski at a student church event in Brookings.  They were seated next to each other, so she had to introduce him to the group.   However, she couldn’t remember his last name and had to ask him again.  They married on June 30, 1956.   Following Bob’s graduation, they were both hired to teach in Adrian, MN, moving in the fall of 1957.  At that time, very few school districts would hire a husband/wife team to teach.

She returned to Brookings and attained her Master of Education in 1960.   In 1966, the family moved to Detroit Lakes, MN for an incredible opportunity for Bob.  She started as a substitute teacher, until being hired full time as a Social Studies teacher, and then Home Economics teacher for the DL School District.

She was preceded in death by her husband Bob, parents Oscar and Orvilla, her brother Aaron, and brother in law William Dobrenski.

Services will be held at Zion Lutheran Church, Detroit Lakes, MN on Saturday, August 28, 2021 at 11am.  Family visitation will be held an hour before the services.

In lieu of flowers, donations would be greatly appreciated to the DL Boys and Girls Club or Becker County Food Pantry.

To order memorial trees or send flowers to the family in memory of Beverly Josephine Dobrenski, please visit our flower store.