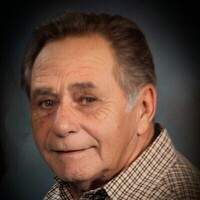 On Tuesday, February 15, 2022, after a long and full life, Daniele Ianiro Sr. passed away peacefully at age 85 with his family at his side.

Dan was born January 7, 1937, in Brooklyn, New York to Nicola and Anna (Romeo) Ianiro. He was the youngest of 9 children.

Dan served his country in the U.S. Air Force. During his time in the military, he was part of Operation Redwing in the Marshall Islands, testing the atomic bomb. Later, he worked at Lockheed on various projects, including the Hubble Space Telescope.

He was known for his ability to fix anything, his love of family, opera and all things Italian, astronomy, and thin-sliced Genoa salami. He was Grandpa, Papa, and Bapa to his grandchildren who adored him. Dan and Marlene considered it a priority to pray for each of their children and grandchildren every night.

Dan is preceded in death by his parents, his 8 siblings, his son Daniel Jr., grandson Justin, and son-in-law Walt. He is survived by his loving wife of 63 years, Marlene (Gerrells) Ianiro, children Janice and Steven, daughters-in-law April and Stacey, 11 granddaughters, one grandson, and 10          great-grandchildren.

To order memorial trees or send flowers to the family in memory of Daniele Ianiro Sr., please visit our flower store.