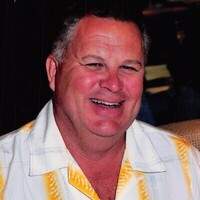 Dean Lewis Miller 60, of Detroit Lakes, MN passed away on Thursday, June 17, 2021 at his home. A Celebration of Life will be held on Saturday, July 10th at West-Kjos Funeral Home at 2pm. Visitation will be one- hour prior. After the service, the family welcomes everyone to the American Legion to join in on a celebration of life gathering.

Dean Lewis Miller was born on December 12, 1960 to Christopher and Marlyce (Widener) Miller in Jamestown, ND. In Dean’s youth, the family moved to various areas because his father was a Methodist minister. The family settled in Blaine, MN. Dean graduated from Forest Lake High School with the class of 1979.  After high school, he worked for McDonalds while taking classes at the U of M campus in Mpls, MN.

In the fall of 1983, Dean married Brenda Ohland. To this union a son Matthew was born in 1985. The couple later divorced. In 1989, while on a bus for a downhill ski trip, he met the love of his life Karen (Hanson) Dammann. The couple were married by his father, Christopher Miller on July 11, 1992 in Baylor County Park in Norwood, MN. The couple resided in the Young America and Buffalo area where he worked for the Pepsi-Cola Company, then later as a courier driver for many years.  The couple moved to the Detroit Lakes area in 2010 to manage the American Legion Campground until his passing.  He also hauled sugar beets and potatoes in the fall for area farmers, before the couple would move south to Texas or Florida to work for resorts and sell neon signs at car shows and festivals over the winter months.

Dean was known for having a kind heart, larger than life personality and for helping others in their time of need. He spent countless hours making sure the campground was maintained and everyone was having a good time. He loved to joke and tell stories to anyone that happened to be around. If you knew Dean, you know that he cared about you and would do anything for you. He was a friend to all he would meet.

Dean loved to go out on his pontoon in the evenings and read, he also enjoyed dancing where he would do the splits at a moment’s notice anywhere anytime, golf, the Vikings, camping, spending time with his family and friends.  He loved musical theater- which he participated in many shows in Buffalo, MN while living there.  He was known to be a great singer, which surprised many people when he would burst out singing for the first time in front of them. He was a member of the Heart of the Lakes Harmony and the Sons of American Legion.  He will be remembered as a man that enjoyed life to the fullest.

Preceding Dean in death are his father Christopher and his grandparents.

To order memorial trees or send flowers to the family in memory of Dean Lewis Miller, please visit our flower store.