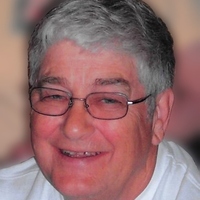 Donald Arnold Hanson was born December 22, 1939 in Nortonville, North Dakota the son of Donald and Ethel (Barnick) Hanson. He passed away August 21, 2020 at Ecumen-Emmanuel Nursing Home in Detroit Lakes, Minnesota.

Don grew up and attended school in Devils Lakes, graduating with the class of 1958. During school he was very involved in sports, with hockey being where he shined as a goalie. Don proudly served his country in the U.S. Navy receiving his honorable discharge in 1963 He continued his education at UND graduating with a Bachelor of Arts degree in Distributive Education.

Don was united in marriage to Clarice Jacobson on April 24, 1960 at St. Olaf Lutheran Church in Devils Lake. To this union two children were added. He taught high school in Wahpeton, before teaching in Detroit Lakes, at the high School and the Vo-Tech. Next the family moved to Southern MN where Don brought 13 towns together to form Fillmore County Vocational Center in Preston MN, there he acted as Director until moving back to Detroit Lakes in 1975.

He owned and operated the Furniture Post with his wife and in 1984 began career in sales that spanned for over 30 years. Don sold cars for what is now Webber Family Motors in Detroit Lakes. He was active with Kiwanis, Optimist Club, Elks, and Trinity Lutheran Church. He was part of the Chain Gang for Laker Football games for over 20 years.

He was preceded in death by his parents, Donald and Ethel Hanson; brother, Jim Hanson; mother and father-in-law, Clarence and Gladys Jacobson.

A private family memorial service will be held at a later date.

To order memorial trees or send flowers to the family in memory of Donald Hanson, please visit our flower store.