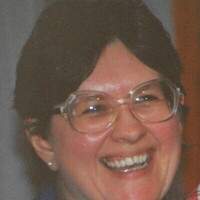 She enjoyed crocheting, knitting, and all animals. She especially loved the time spent with her grandchildren.

She was preceded in death by one brother, Ernest Olson Jr.; three sisters, Sharon Anderson, Marlys Ortlepp, and Becky Swinsen; one niece, Sheila Boit; and her parents.

To order memorial trees or send flowers to the family in memory of Ella Mae Frank, please visit our flower store.