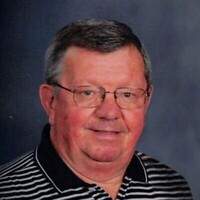 Glen Charles Mallow, 80 - of Detroit Lakes, had a goal later in life to never have his name in the paper.  Unfortunately, his time on earth came to an end on January 28, 2022 at Essentia Health-St. Mary’s.  He isn’t here to stop us, so we are purposely putting his name in multiple papers and on the internet.  Oh, he would scoff at all of this attention!

Born on April 21, 1941 to Ernest and Bernice Mallow of Bertha, MN.  He was quite small as an infant, and it was even told that he spent his first days being able to fit in a shoe box.  This little guy quickly grew and worked for his father who was a home builder.  He saved his money and bought himself a 57 Chevy Bel Air Convertible.  This was his pride and joy, as he traded up from an old beater with rusted out floorboards exposing the roadbed.  He attended high school in Verndale, where he graduated in the class of 1959.  He was an outstanding 3 sport athlete, who broke both collar bones and a few hearts!

He went on to study at St. Cloud State University, where his roommates were known to steal his baked goods sent from home.  His mom remedied this by sending some special brownies frosted with ex-lax on his next trip home and they never made that mistake again!  He spent 2 years at SCSU, until joining the Armed Forces in March of 1961.  He was honorably discharged from the National Guard in November of 1965.

Glen married Mary Jane Weller on July 1, 1963 in Bluffton, MN and the two were blessed with four children; Todd, Michele, Troy and Jodi.  He greatly enjoyed playing golf with his kids, which included outbursts of words that he was certain would help get the ball in the hole.  It wasn’t uncommon for him to use unique expressions such as “Alright!” and “Aaugh!”  While in Detroit Lakes he also played softball and played through the old timers league.  Glen and Mary Jane enjoyed 30 years of marriage, until her death from cancer in 1993.

Being a ladies man since high school, he pursued the hand of Becky (Hedstrom) Berg and after his fifth and final ask, she said “YES”!  The two were united in marriage on November 27, 1999.  He and Becky had joined their families to include 7 children who would go on to bless the duo with 14 grandchildren and 5 great grandchildren.  Glen and Becky loved camping, watching their kids and grandkids in sports, golfing and playing a loud game of Yahtzee where you were not allowed to “change horses” and you better shake the dice cup like you mean it.  They shared a witty sense of humor and great love for one another.

Taking after his father’s trade, he worked for Merickel Lumber in Wadena, MN.  This would prove to come in handy for his kids, step-kids, wife, and grandkids as he would work on their homes, furniture, and various projects.  Although he was not a fan of talking on the phone, he spent many years working for Northwestern Bell/US West/Qwest helping thousands to do just that.  His work-ethic would move him from a lineman to an engineer and eventually an independent contractor.  After realizing he’d much rather work on his camper and his golf game, he retired in 2005.  He didn’t like to sit still for too long, so he found joy in delivering boats for J&K Marine, where Becky also worked.

Welcoming him into Heaven were his late wife Mary Jane, his daughter Jodi Wimmer, and his parents.

To order memorial trees or send flowers to the family in memory of Glen Charles Mallow, please visit our flower store.
Open