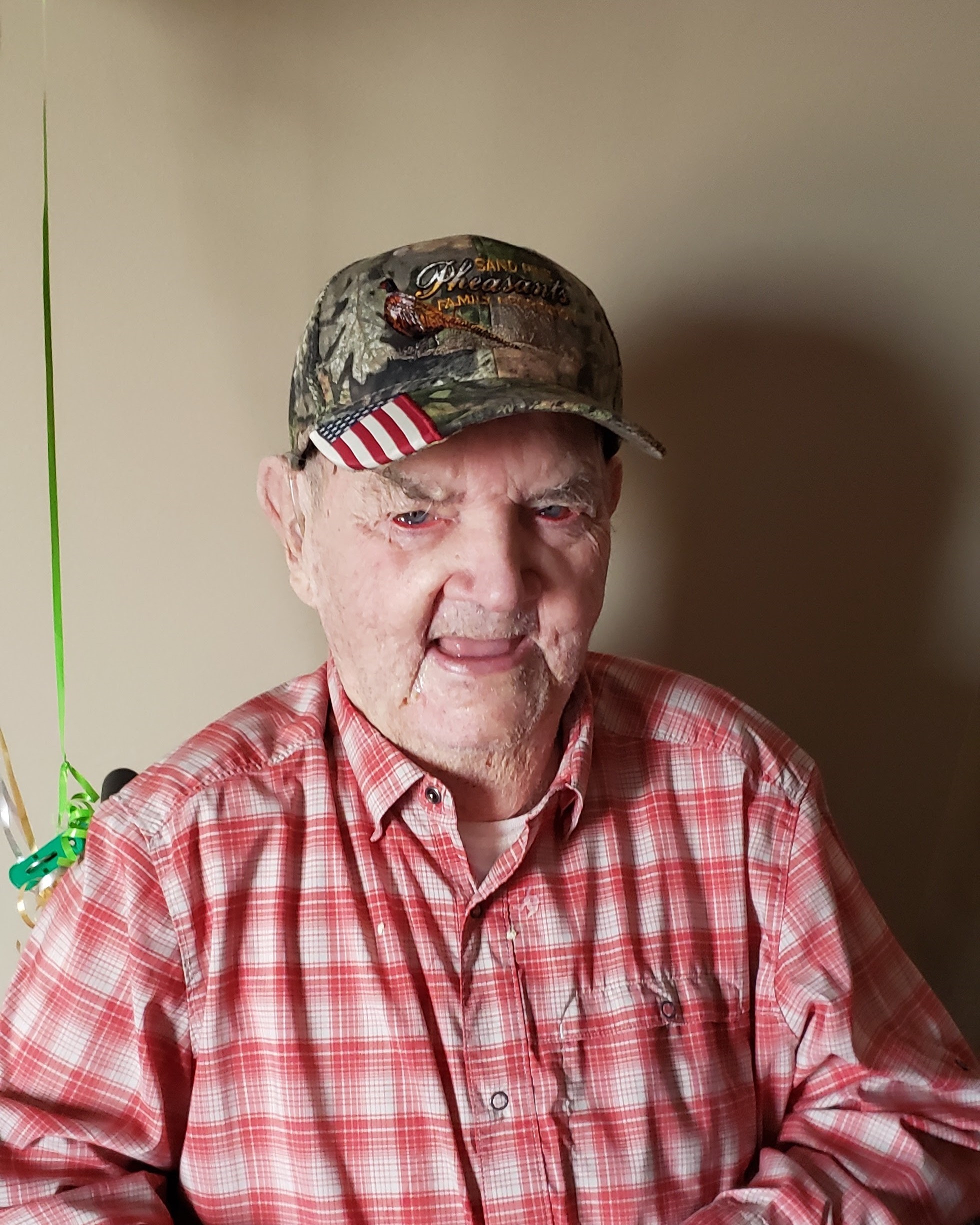 Hand delivered by a local florist

Billy was born in Butte, Montana on July 11, 1931 to gust and Mary (Ryan) Bergstrom.  As a child he moved with his parents to Fargo, ND, then to the Rochert area.  He attended the Lonesome Pine School in the Tamarac National Wildlife Refuge area.  Billy enlisted in the Army and fought in the Korean War and received an Honorable discharge for his service.  He married Betty Cartwright on May 25, 1954, and had a daughter, Linda.

Billy worked for RDO Offett Potato Company and other odd jobs.  He had a small hobby farm and enjoyed working in his vegetable garden.  Billy was a life tilifetimeme member of the VFW Post 1676.  Billy enjoyed driving round to visit family and friends, he was a great talker.

Billy is survived by his brothers, John Donald Bergstrom and David (Lora) Bergstrom of Rochert, MN; his sister Esther (LeRoy) Baumgart of Detroit Lakes, MN; and several nephews and nieces.  And his foster granddaughter, Rachael Nasset, who was very special to him.

To order memorial trees or send flowers to the family in memory of Gustave "Billy" Bergstrom, please visit our flower store.

Interment will be at Immanuel Lutheran Cemetery in the Spring.