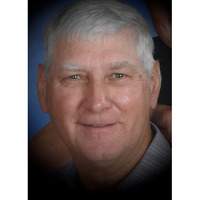 "In lieu of flowers, the family requests donations be given in honor of Harold to Bakke Lutheran Church or Hospice of the Red River Valley."

Harold was born April 8, 1946, in Detroit Lakes to Henry M. Gjersvig and Lois M. (Cook) Gjersvig. He grew up on the family dairy farm north of Detroit Lakes where he developed many of his skills and passions – fishing, hunting, woodworking, old tractors, and anything mechanical.  Harold graduated from Detroit Lakes High School in 1964, and from MN State University in Moorhead, MN, with a degree in Manual Arts Therapy in 1974. He often said he was on the ten-year plan.

The early part of his career was spent operating heavy equipment, I-29 and the Garrison Diversion Project were two major projects on which he worked. He served six years as a member of the Minnesota National Guard. Harold believed in a life of service and was dedicated to helping others. His 31-year career as a Vocational Rehabilitation Therapist, helping veterans at VA Hospitals, exemplified this passion. He also volunteered with several organizations including his church, the Oakdale Fire Department, and the Handishop Industries of Tomah, WI.

He met his loving wife, Vicki Schmidt, the summer of 1966, and they married on July 27, 1968.  Harold and Vicki raised their three children in Tomah, WI, where they lived for more than 30 years. After retiring, he returned to the family farm north of Detroit Lakes where he remodeled and expanded the house and restored the 100-year-old barn.

Harold is preceded in death by his parents and will be interred at Bakke Lutheran Church, rural Detroit Lakes, MN, where he was baptized, confirmed and where his family has strong connections. His grandparents Malina and Haakon Gjersvig were charter members, and his parents married there and were lifelong members. Harold and Vicki were active members of Bakke Lutheran Church since their return to Detroit Lakes.