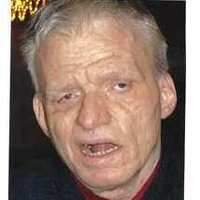 Harvey James Cripps was born on October 21, 1957, to James and Betty (Morris) Cripps in Park Rapids, MN. Harvey had rubella when he was a baby, which left him unable to speak, have vision and hearing loss. Harvey was placed in the Bethel Home in Duluth, MN in 1961. He was moved to Brainerd State Hospital in 1965, and remained there for 21 years. In February of 1986, he moved to Lakes Homes on West Ave in Detroit Lakes, MN where he has resided until his passing.

While living at Lakes Homes, he attended the Becker County DAC. Harvey started working there in February of 1986 and continued to work there until he retired in 2020. Harvey was ambulatory even though his eye sight was impaired, he was able to navigate in familiar environments without assistance. He liked two things in his life, his coffee (very much) and sitting in the sun by himself and feeling the sun beam on his face.

Harvey is preceded in death by his parents James and Betty; and his sister Helen Cripps.

He is survived by his brother William and wife Penny; his sister Ethel Avis; a niece and nephew; two aunt’s, an uncle, and many friends.

To order memorial trees or send flowers to the family in memory of Harvey James Cripps, please visit our flower store.
Open