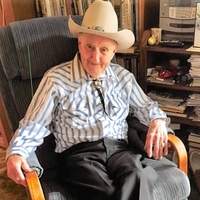 Nash was born on August 26, 1929 in Blue Earth, MN to Ignatius Donley (Don) Perrine Sr. and Minnie New Years (Miller) Perrine.  In 1930 the family moved to the Detroit Lakes, MN area eventually buying land next to Height of Land Lake.  He grew up there helping on the farm with chores, feeding the chickens, cows and goats and hauling wood for heat in the house.  His father Don raised cucumbers and started a family business called “Perrine’s Sun Ray Pickles” which Nash helped with at an early age.  Life wasn’t easy growing up, but it was full of adventure for Nash.  After graduating from high school in 1948 at Frazee, MN he enlisted in the US Airforce and went to Fort Worth, TX for basic training.  From there he ended up going to Scott Air Force Base in Belleville, IL.  It was in Belleville at an Assembly of God Church that he met Melba Gruber and they later married in 1950.  Over time they had 4 children: Diana, Bonnie, Lonnie and Gina.  At this time, they were back in Minnesota and Nash met a man who was a steeple jack and that interested him, so he began working with him.  He learned the trade and for the next 55 years he painted 12,000 flag poles, 110 church steeples that he painted and made repairs on, 14 courthouses, and many TV, radio and water towers in towns across MN, IA, ND, SD and IL before he retired.  One time he fell 40 feet off a flagpole and landed on concrete steps only to walk away with a couple scratches.  Later during this time Nash and Melba divorced.

Throughout his life he enjoyed many things: hiking in the mountains (where he encountered a brown bear), being a rock hound and agate hunting in river beds, golfing (once getting a hole-in-one), drawing/artwork on his computer, fishing, hunting and feeding the local squirrels, taking pictures of beautiful scenery, playing music on his keyboard and visiting with everyone he met. He had the privilege of mining opal in Australia one summer and enjoyed making jewelry from his treasurers that he gathered from around the world.  In 1985 Nash married Elsie Nelson and they lived in Ortonville.  Nash played his lap steel guitar for 60+ years, in churches and at nursing homes with 2 bands in Ortonville.  He loved going to the Twins games with his brother-in-law Keith and bird watching with his wife Elsie and Keith.  Nash survived four-way by-pass heart surgery and for 18 more years was able to enjoy his family and friends. He enjoyed attending his class reunions, last year was his 71st class reunion with 5 classmates.

He will always be loved, remembered and missed by his wife Elsie of 34 years, daughter, Diana (Dennis) Derstine of Rochert, MN; son, Lonnie (Linda) Perrine of Perham, MN; sister, Wanetta Lenius and all his grandchildren, great grandchildren and great great grandchildren, family and many friends.  Nash was preceded in death by his parents, two daughters (Gina Perrine and Bonnie Cogger), granddaughter (Jennifer Cogger), 5 brothers, and 3 sisters.

The funeral service and “Celebration of a Life Well Lived” for Nash Perrine will be held on Friday, March 13 at Christian Fellowship Church in Detroit Lakes, MN with visitation at 9:30 am and the funeral service at 11:00 am. Pastor Tim Rice will be officiating, there will be military honors to follow. Interment will be in the spring at Church in the Wildwood Cemetery.

To order memorial trees or send flowers to the family in memory of Ignatius "Nash" D. Perrine Jr., please visit our flower store.