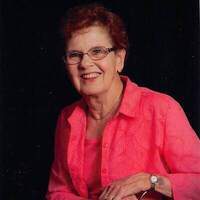 Ina Mae Johnson age 93 of Detroit Lakes, MN died February 6, 2022 at Ecumen – The Cottages in Detroit Lakes, under the care of their compassionate staff and Hospice of the Red River Valley.

Ina Mae F. Johnson, the daughter of Hjalmer and Evelyn Nelson, was born on March 21, 1928. She grew up in Oslo, Minnesota where she attended country school and graduated from Oslo High School in 1946. Ina Mae went on to college and graduated from NDSU in Fargo, ND. On September 12, 1953 she married Russ Johnson. They lived in Long Prairie, Minnesota for a short time before moving to Detroit Lakes in 1954. Ina Mae taught home economics and children with learning disabilities until her retirement.

Ina Mae loved spending time with her granddaughters. She also enjoyed visiting with family and friends over a cup of coffee. Ina Mae  thoroughly enjoyed regular social gatherings of her neighborhoods “Homemakers” group. She was involved in her church and was an active member of Alpha Delta Kappa, an educational sorority.

She was preceded in death by her husband, Russ; one sister, Mary Swenson; two brothers, Norman Nelson and Donald Nelson; brother in law, Paul Swenson; and her parents.

To order memorial trees or send flowers to the family in memory of Ina Mae F Johnson, please visit our flower store.