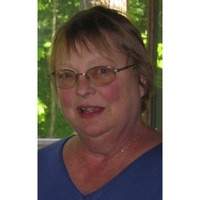 Jacqueline Louise Putnam, 77, beloved wife, mother, and grandmother passed away on Sunday, July 4th. A celebration of Jackie’s life will be held at West Kjos Funeral home at 2 pm on Saturday, July 31.

Jackie was born February 22,1944 in Lincoln, Nebraska to Robert and Louise (Horton) Peterson. The young family spent a brief time in San Francisco, CA where Bob was stationed. At the conclusion of World War II, the family returned to Detroit Lakes. Jackie grew up with her brother Tom, and sister Cheryl on Minnesota Avenue. At age 17, she spent a summer in Norway, and became friends for life with her student host, Toril, visiting with her every 17 years in either Norway or the United States. Jackie graduated from Detroit Lakes High School in 1962 and attended college at the University of Minnesota where she earned a bachelor’s degree in Fine Art. Immediately after graduation, Jackie married Dirk Putnam on June 25, 1966 at First Lutheran Church in Detroit Lakes. After they got married, Dirk and Jackie moved out to California for two and half years where Jackie was an IRS tax collector (a disarmingly nice tax collector) for delinquent accounts. She made a lifelong friend, Diane, at the IRS. Jackie and Dirk settled in New Hope, MN, a suburb of Minneapolis, to raise their two children, Jessica, and Rebecca. Jackie and Dirk relocated to Detroit Lakes full time in 2006 after Dirk retired.

A devoted mother, Jackie sewed clothing, created handmade Halloween costumes, hosted inspired and creative birthday parties for her daughters, and was always involved in their activities. When her children were young, Jackie gave countless hours to volunteering at her children’s schools helping teachers, teaching art education, and creating costumes for the play productions at a local high school. Jackie worked at the Yarn Shed in Robbinsdale and Mill End Fabric store in Crystal which fed her creativity and her selection of yarn and fabric.

A lifelong artist, Jackie continually created works of art throughout her life from drawings and paintings to hand sewn clothing, weaving, knitting, crocheting, and quilting. Any craft or art form she attempted, she mastered, creating treasured pieces for her friends and family to enjoy.

Preceding Jackie in death are her parents, and sister Cheryl.

In lieu of flowers, please consider a gift to the Detroit Lakes Public Library.  You can make a donation by going to: https://donorbox.org/give-to-lake-agassiz-regional-library  Please select "Detroit Lakes Public Library" from the the "Would you like to designate your donation to a specific location?" drop down and add "In memory of Jacqueline Putnam" in the comments field.

To order memorial trees or send flowers to the family in memory of Jacqueline Louise Putnam, please visit our flower store.