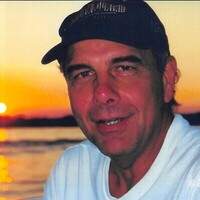 He was born on July 31, 1953 to Arlen and Arlene Restad. Jeff grew up on Lake Avenue in Detroit Lakes. He graduated from Detroit Lakes class of 1971. After graduating he attended college in Crookston where he earned a degree in business.

In 1974 Jeff was united in marriage to Julie Biewer, they made their home in Audubon, where they raised two wonderful children, Jill and Jed. They later divorced. Jeff worked for Peavey and UBC Lumberyard for numerous years. He worked for Steelwood Supply for over 30 years until he retired in 2019.

Jeff enjoyed watching and playing multiple sports. Rest assured if there was a Twins game or a Gopher game on, he was watching it. In his younger years, Jeff played softball with his Hillcrest buddies, where he was given his nickname Harley. Until his illness got the better of him you could find him on the golf course chasing balls. Jeff was definitely a people person, he loved hanging out with his family and friends. He took so much pride in his grandchildren Conner, Harlee and Maverick.

A Visitation will be 1:00pm-3:00pm on Friday, September 4, 2020 at West-Kjos Funeral Home. A Graveside Service will follow at First Lutheran Cemetery in Audubon.

To order memorial trees or send flowers to the family in memory of Jeffrey A. Restad, please visit our flower store.