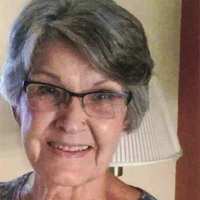 Bob and Jo built the Holiday Motel in Webster, SD. It opened in 1962, across the highway from the Webster Golf Course, where Jo spent much of her little free time.  She was a member of the Ladies Golf Association for 50 years.  She also was in the bowling league and sang in the church choir for many years at Christ the King Catholic Church.  Bob and Jo retired in 1990 to their dream home, which they built on Blue Dog Lake in Waubay, SD.  Jo was an amazing hostess and cook, noted especially for her caramel rolls, molasses cookies and Special K bars for her grandchildren.

Six weeks after Bob died in 2011, their home was lost to flooding and at age 82, Jo moved to Detroit Lakes and started her new life.  She golfed at Ironman, sang in three choirs at Holy Rosary, ushered at the Holmes Center, was a member of Catholic Daughters, attended Silver Sneakers exercise classes at DLCCC and led Tai Chi.  Jo made many dear friends while living at Union Central and Lincoln Park.  She will be remembered as a beautiful and classy faith filled lady.  Jo always dressed in fashionable clothes with her hair and make up done perfectly.  Jo lived her life with dignity and grace, while always willing to help others.

Jo had a strong faith and was looking forward to being reunited with them in Heaven for eternity.

The family would like to thank the staff at Lincoln Park and Hospice of the Red River Valley for the excellent, compassionate care they took of Jo.

Memorials can be sent to the Becker County Food Pantry.

To order memorial trees or send flowers to the family in memory of Joann Hinderks, please visit our flower store.