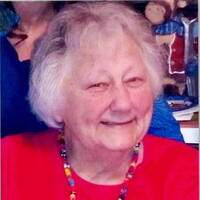 Karen Philomene Swenson was born December 24, 1945 in Detroit Lakes, MN to William and Katherine (Dyck) Wagner. She grew up in rural Detroit Lakes and attended Country School near Pelican Lake. She later graduated from Pelican Rapids High School. On August 17, 1963 she was united in marriage to Larry Swenson. Over the years Karen managed the Dairy Delight in Detroit Lakes and also worked as a nanny for the Smith Family on Pelican Lake.

Karen enjoyed flowers and wildlife, especially Moose and Eagles. She enjoyed sending and receiving pictures of both on social media. She also liked to travel. Her favorite places include Jackson Hole, Wyoming and Yellowstone Park. Spending time at the cabin, car rides in the countryside and her grandchildren were all very special to her.

She was preceded in death by one daughter, Pamela Swenson; one son, Rodney Swenson; and her parents.

Memorial Services will be on Thursday July 21, 2022; 2:00 p.m. at the West-Kjos Funeral Home in Detroit Lakes, MN. Visitation will be one hour prior to services. Interment will be in the St. Mary’s of the Lake Catholic Cemetery, rural Detroit Lakes, MN.

To order memorial trees or send flowers to the family in memory of Karen P Swenson, please visit our flower store.
Open