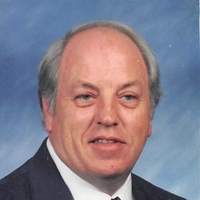 Kenneth Joe Groninga was born on December 25, 1945 in Worthington, MN to Everett and Margaret Faith Groninga of Rushmore, MN.  Ken’s Lord and Savior, Jesus Christ, called him home on July 6, 2020, to be forever with his Lord.

He grew up and received his education in Adrian, MN, graduating from Adrian Public High School in 1963.  Ken spent four years active duty and four years active reserve duty in the U.S. Navy. He was united in marriage to Nelma Prins on April 19, 1966. Ken worked for Land O’Lakes feed division for 31 year in various locations retiring as manager.  Ken enjoyed woodworking, bowling, hunting and camping. Ken was also a jack of all trades, a true do-it-yourselfer, anxious to tackle any task. Ken was an active member of the United Methodist Church and served on various committees and ushering. Ken was also a member of the American Legion.

The family would like to give an extended heartfelt thank you to the staff at Sanford Roger Maris Cancer Center, Hospice of the Red River Valley and Ecumen’s Transitional Care Unit for the wonderful care that he received over these past six years. We would also like to mention all the friends and family for their support in this difficult time, may the Lord be with you all, thank you.

To order memorial trees or send flowers to the family in memory of Kenneth J. Groninga, please visit our flower store.