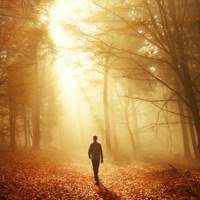 Kenneth Leroy Jenson was born on October 16, 1945, the son of Carl and Viola Jenson of Rochert, MN.

Preceding Ken in death are three brothers, Gordon, David and Wayne (Lois) Jenson, one sister Louise and one son, Brian, and daughter Lori.

Ken was self employed in construction and will be greatly missed by his family, friends and his dog

To order memorial trees or send flowers to the family in memory of Kenneth LeRoy Jenson, please visit our flower store.