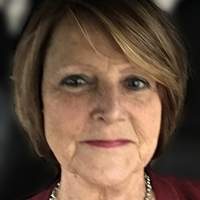 Laurel (Laurie) Bowers passed away peacefully on Wednesday, June 24, 2020 at home, surrounded by her family.

She was born on December 27, 1955 to Roger and Vonnie Johnson. Laurie grew up on Highway 34 on top of Erie Hill in Detroit Lakes. She grew up embracing the love for the great outdoors, along with her two brothers, Mike and Mark.

Laurie graduated from Detroit Lakes Senior High School in 1974. At an early age, Laurie was united in marriage to Steven Leitheiser, and had two son, Jason and Travis. In 1997, Laurie was united in marriage with Terry Bowers, who shared the same passion for the outdoors as she did. Together they enjoyed hunting, fishing, playing softball, camping, and just being around family and friends. Laurie also took joy in quilting, horse riding, and spending time with her dogs, Lucy and Red. There was never a dull moment with Laurie around. Her personality and sense of humor was like no other. She always seemed to get the last word in to keep others laughing.

Laurie worked for many years for the Detroit Lakes School District as a paraprofessional, Wheelchairs Unlimited and of course, the VFW Gaming.

To order memorial trees or send flowers to the family in memory of Laurel "Laurie" Bowers, please visit our flower store.