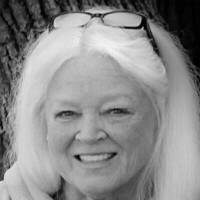 LaVerne “Bernie” Archer was born March 8, 1954, in Fargo, North Dakota to Glenn & Lois Archer. As a child she ran & played with her five other siblings hoping that batting her sparking blue eyes would get her out of any trouble she raised. Growing up she did very well in school & was involved in many activities making a lot of friends along the way - many of whom she held close to her heart even up to the day she left us. She graduated from Detroit Lakes High School in 1972, later attending Golden Valley Lutheran College on a scholarship for her amazing singing voice. After her schooling ended, she entered adulthood being involved in the church in several ways. She also loved to take part in bowling, volleyball, stamping, arts & crafts as well as the occasional trip to the casino or Bingo Hall in her free time.

Professionally she wore many hats to include waitress, bartender, type setter & printer eventually running her own small business that stayed perpetually busy. But her heart was really in giving & helping others. Her most rewarding profession was helping those with developmental disabilities & related conditions at Lakes Homes in Detroit Lakes. Those she cared for received the same loving care & attention she would give her own friends & family. While working there, she was injured & forced out of the work force and on to the sidelines.

In 1982, she gave birth to her first child Tony. Later, when other family members struggled, she saw another opportunity to help others fostering two of her nieces & one nephews. After seven years of fostering, she & Tony welcomed them to their tiny family adopting them in 1996 calling them their own. She raised all four kids on her own as a single mother & was the most giving & loving mother. Her children’s needs, wants & desires always came before her own. The only thing she loved more than being a mother, was being a grandmother. In 2011 that prayer was answered when she was gifted with an incredibly special girl, Evie, that was her absolute favorite & loved more than anything.

Always a fighter, even to the end, she pushed through all the challenges her health could throw at her. Ultimately, after decades of fighting, it was time for her to rest. She is survived by her children; Tony (Janelle), Deyli (Bobby Andring), Dylan & granddaughter Evie. She is also survived by her siblings Bonnie (Jim) Renner, Wayne (Brenda Hayden), Maynard, Arden, along with many nieces, nephews, grandnieces, grandnephews, cousins & other extended family. And last but not least, her longtime friend Cliff Oftelie. Waiting for her in heaven were her grandparents, parents, brother Bill, daughter Quinn, niece Amanda & large mob of fur babies & feathered friends.

She was a kind, generous, strong willed woman who surely was welcomed through the gates of heaven with open arms. In lieu of flowers, the family requests a donation be made to a local animal rescue. Our family would also like to give special thanks to all the staff at St. Mary’s Hospital (Dr. Strand), Sanford Clinic (Dr. Cox), Dr. Shahira & her dialysis team, Sanford Hospital & Retina Consultants (Dr. Gilca). Without their continued efforts, we would not have been blessed with the priceless, lifelong memories of Bernie.

To order memorial trees or send flowers to the family in memory of LaVerne "Bernie" Ann Archer, please visit our flower store.