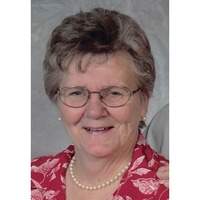 Marian Suzanne Seelye was born September 24, 1935 in Grand Forks, ND to Norville and Suzanne (Doyle) Ardies. She grew up and received her education in Pembina, ND, graduating from Pembina High School. Following high school, she attended busines college in Grand Forks, where she earned an associate degree. She then worked for Minnkota Telephone as their office manager. She was united in marriage to Lon Seelye on January 15, 1955 in Grand Forks. They made their home in Crookston, MN. In 1960 they moved to Detroit Lakes and in 1964 they purchased the Lake Air Motel, which they operated for thirty-three years. They spent their retirement years on Middle Cormorant Lake and in Harlingen, TX in the winter.

She was preceded in death by her husband, Lon; one brother, Calvin Ardies; one sister, Jody Wynkoop; one grandson, Tony Wischnak; and her parents.

Memorial Services will be on Tuesday September 14, 2021; 10:00 a.m. at St. Luke’s Episcopal Church in Detroit Lakes, MN. Visitation will be one hour prior to services at the Church. Interment will be in the Minnesota State Veteran’s Cemetery, Little Falls, MN. Arrangements have been entrusted to the West-Kjos Funeral Home of Detroit Lakes.

To order memorial trees or send flowers to the family in memory of Marian Suzanne Seelye, please visit our flower store.