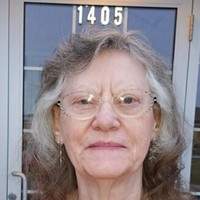 Marion Alice Johnson was born July 22, 1940 in Elbow Lake, MN, to James Oscar Johnson and Agnes (Ostlund) Johnson.  She grew up and attended school in Elbow Lake, graduating in 1958.  She worked for Prudential Insurance in Minneapolis and Fergus Falls Paint & Glass.  On March 19, 1960 she was united in marriage to Donald Knutson in Elbow Lake.  They made their home in Riverside, CA, until 1963 when they moved back to Fergus Falls, MN.  They moved to Detroit Lakes, MN in 1972.  After staying home to raise their four children, Marion worked part-time for McDonald's and Harry J’s.  She enjoyed fishing, bowling, sewing, and spending time with her family.

A Memorial Service will take place at 2:00pm on Saturday, March 14, 2020 at Zion Lutheran Church in Detroit Lakes, MN, with visitation one hour prior to the service.

Memorial donations may be made to the American Heart Association (www.heart.org).

To order memorial trees or send flowers to the family in memory of Marion A. Knutson, please visit our flower store.