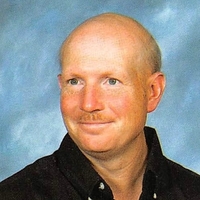 Neal Scott Hedlund was born May 23, 1961 in Fosston, MN to James and Marlene (Nordgulen) Hedlund. He grew up in Winger, MN and later graduated from High School in McIntosh, MN. He then attended the Thief River Falls Vocational and Technical College, where he received a Welding Certificate. He then started farming near Winger. He was forced to retire early from farming due to health reasons. He later moved to Detroit Lakes.

Neal enjoyed everything about farming and the outdoors. He also enjoyed visiting with people. Some of his favorite things to do were going to the Farmer’s Market in Detroit Lakes, and attending the Valley City Winter Show and the Steam Threshers Reunion in Rollag.

He is survived by his father, Jim Hedlund, of Detroit lakes, MN; two brothers, Mark (Joni) Hedlund, of St. Cloud, MN; and Gary (Tami) Hedlund, of Ramsey, MN; and several nieces and nephews.

He was preceded in death by his mother, Marlene.

Memorial Services will be on Saturday March 7, 2020; 2:00 p.m. at the West-Kjos Funeral Home in Detroit Lakes, MN. Visitation will be one hour prior to services. Interment will be in the Oak Grove Cemetery, Detroit Lakes, MN in the spring.

To order memorial trees or send flowers to the family in memory of Neal S. Hedlund, please visit our flower store.