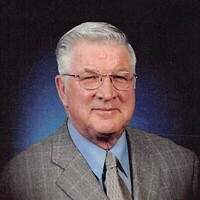 Raymond Kenneth Heino, age 88, was born on July 17, 1933 to Swante and Alma Heino in Stevenson, MN, an iron-ore mining location near Hibbing, MN. Ray passed away peacefully on August 8, 2021 at Island Lake. He graduated from the Hibbing Public School District in 1951. He then attended Hibbing Junior College from 1951-1953 and the University of MN-Duluth from 1953-1955 earning a Bachelor of Science Degree in Industrial Arts Education. In 1972 he completed coursework for a master’s degree at Moorhead State University. Ray was proud of his Finnish heritage in that he was a first generation American and was also born and raised on the Iron Range in MN. He was a “Ranger”. Ray travelled to Finland in 2004 and met many of his first cousins and other relatives. In 1955, Uncle Sam beckoned, and Ray served two years in the U.S. Army with a Military Police (MP) Unit and received an honorable discharge in 1957. He was hired by Detroit Lakes Public Schools to teach Industrial Technology. He served in this position for 33 years. Because of his military experience, it enabled Ray to be involved in another career; serving as a deputy sheriff with the Becker County Sheriff’s Department for 27 years in the Boat and Water Division. His primary responsibilities were lake patrol, search and rescue, and accident investigation. He was also a member of the Sheriff’s Sno-Patrol unit. During the early years in the school district, he met and married his wife, Louise, in June 1958. They raised their three daughters, Kari, Nancy & Lori. On June 6, 2021, they celebrated their 63rd wedding anniversary. Ray had a passion and love for hockey as he coached on the varsity level for 10 years and then worked as a hockey referee on the high school and collegiate level for many years. For the past 25+ years, he worked as a timekeeper for high school varsity games. He served the Laker hockey community for over 60 years. His association with the hockey community placed him on the ground floor of the installation of artificial ice at the Kent Freeman Arena in 1971. This was accomplished through the efforts of many volunteers. Ray was the liaison between the local group and the Canadian Ice Machine Company who supplied the necessary equipment. Ray was an active member of First Lutheran Church for 63 years. He served on Church Council and Building and Grounds Committee. He was also a member of the Becker County Sportsmen’s Club, MN Deer Hunter’s Association and MN Dark House Angling Association. Ray enjoyed hunting and fishing with deer hunting (at deer camp) and ice fishing being his favorites. Summertime would find him and the family enjoying time at their lake property on Island Lake since 1966. Surviving Ray are his wife, Louise, daughters Kari (Brent) Heinle of Fargo, ND, Nancy (Tom) Olson of Detroit Lakes, MN, Lori (Keith) Billig of Victorville, CA. Five grandchildren: Austin Brinkman, Lauren (Michael) Bogda, Henry Billig (Rylee Andrews), Brooke (Gregory) Zebro, Alyssa Heinle (Kris Lindgren) and one great-grand-daughter, Helena. Two additional great-grandchildren are expected. He is also survived by his loyal companion and friend, Maggie, his beloved Springer Spaniel. Ray Heino Memorial Folder
To order memorial trees or send flowers to the family in memory of Raymond Kenneth Heino, please visit our flower store.