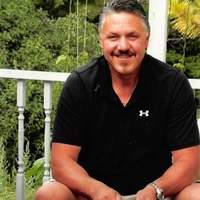 Rodney William Swenson was born July 6, 1965 in Fergus Falls, MN to Larry and Karen (Wagner) Swenson. He grew up and attended school in Pelican Rapids, MN. He then attended the Minnesota State Community and Technical College in Detroit Lakes, where he studied Auto Body Repair. On September 19, 1998 he was united in marriage to Stacie Johnson. Rod worked for Ross Auto Body in Detroit Lakes for several years before starting his own shop near Pelican Lake. He also worked with his dad in Swenson Construction of Fargo and owned and operated Leisure Siding and Soffit.

Rod had a huge heart and was always willing to help others. He enjoyed being around family and friends, reminiscing about “old times.” He also enjoyed cars, motorcycles, and snowmobiles.

He was preceded in death by a sister, Pamela Ann Swenson.

To order memorial trees or send flowers to the family in memory of Rodney W. Swenson, please visit our flower store.