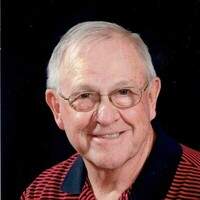 Ron attended Svea Country School, near Litchville, ND and graduated in 1958, with a graduation class of five.  He served in the Army for two years.  While working various jobs, Ron attended business college in Fargo, ND, went to Dickinson State University, and graduated with a Bachelor of Science degree in Agriculture Education from NDSU in 1975.

Throughout the years, Ron followed his passion of agriculture where he taught adults on the GI Bill, worked as a farm business management instructor and in the agriculture extension service.  Finally, he spent the remaining years in his dream job as a self-employed “Dairy Consultant. Ron loved working with ‘his farmers’ only retiring a month before his passing.

While agriculture helped shape his life, his faith and family defined him.  His greatest love was his family.  He met the love of his life, Pauline Smeby while selling magazines and despite only knowing her for 2 ½ months they became soulmates.  They were married on January 20, 1962, in Fargo, ND.  They recently celebrated 60 years together.  They lived in Detroit Lakes for the last 45 years.  Ron and Pauline had four daughters, sons-in-law, and grandchildren who meant the world to him.

In addition to his love and dedication to his family, he was a man of deep faith.  He was genuine and was extremely giving. He had kindness and compassion for others. Honesty, equity, and truth were the foundation of his beliefs.

He was preceded in death by his parents, Henry and Eleanor Monson and his brothers Gene Monson,  Jerry Monson, and sister JoAnne Skramstad.

Visitation will be Tuesday, June 7 from 5 PM - 7 PM with a 6:30 PM prayer service at West-Kjos Funeral Home, in Detroit Lakes, MN.  The funeral service will be Wednesday, June 8, at 11:00 AM at Zion Lutheran Church in Detroit Lakes.

In lieu of flowers, memorials can be given to Hospice of the Red River Valley.

To order memorial trees or send flowers to the family in memory of Ronald Henry Monson, please visit our flower store.