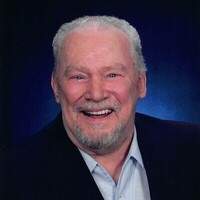 Ronald Alton Owens was born July 1, 1934 to John and Madeline (Roberts) Owens in Detroit Michigan. He attended school in Detroit and dropped out of school after completing the 8th grade so that he could work odd jobs to earn money for his family. During the winter months, Ronald and his two sisters (Jacqueline and Norma) would pick coal from the railroad tracks to help heat their house. On September 21, 1949, age 15, Ronald and a friend lied about their age and enlisted in the Army (during peace time). On August 15, 1950, age 16, he was put on a Merchant Marines ship and was sent to Korea as the Korean war had started. He was a tank driver and served in Tank Company 23. On April 30, 1951, the US Federal government went to Korea to pull Ronald from the front lines. He was one of seven men left in his company to make it back to the United States. He was honorably discharged on June 7, 1951. He was paid $100 per month for his service while in the Army.

In his early twenties, Ron moved from Detroit to Bellflower, CA to live with his Uncle Doug. This is where he met the love of his life, Darlene Roemhildt. She lived across the street and Ron would mow her grass. One day she brought him lemonade but her dress got full of grass, so he asked her out to dinner and she accepted. They were united in marriage on August 20, 1958. His greatest dream was to have a family. They had four children – Carole (1959), Kathy (1960), Doug (1961) and Karin (1962). Ron and Darlene lived in many places during the years starting in Bellflower, CA; and then Covina, CA; Astoria, OR; Winlock, WA; Sebeka, MN; New York Mills, MN; Detroit Lakes, MN; and finally Audubon, MN.

Some of the many jobs that Ron had were caddy, newspaper newsie, painter, heavy machinery operator, rigger, starting his own excavating business, dairy farmer, and resort owner (Jones Landing, NY Mills, MN 1981-1992). He was also a dad, grandpa, great grandpa and great great grandpa.  In his late twenties, he became an On-site Superintendent for a large painting/construction company. Some of the projects he was in charge of were the painting of the San Diego Coronado Bridge (as it was being built), the Fremont Bridge in Portland, OR (took 4 ½ years to complete), refurbishing and painting the Queen Mary ship, and painting the Loma Linda University Hospital in San Bernardino, CA. He designed a bridge scaffold which allowed someone to work under a bridge over water. Ron was an avid hunter, jeep racer and hill climber (sand dunes, West Coast), and Trap and Skeet shooter (reloading his own shells). He enjoyed visiting with family and friends and made several trips driving to Idaho to visit their daughter and family and driving to West Chazy, NY to visit his sisters and families. One of the family vacations he enjoyed was the Alaskan cruise. He also drove to San Antonio, TX to participate in the World Skeet competition.

To order memorial trees or send flowers to the family in memory of Ronald Alton Owens, please visit our flower store.