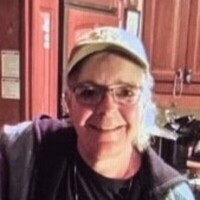 Susan Lynn Swanson, age 58, of Detroit Lakes, MN, passed away at her home on Friday, June 18, 2021. Sue was born on April 13, 1963, in Detroit Lakes, MN, to Darryl and Joan Swanson. Sue was baptized at the United Methodist Church in Detroit Lakes, MN. She graduated from Detroit Lakes High School in 1981. Sue went to college for a short while and worked a variety of jobs. Her most rewarding career was  working with adults with special needs.  She began her career as a Direct Care Provider at the Day Activity Center and most recently at Lakes Homes and Program Development.  Her clients were truly family to her and she was always sharing stories involving them with family and friends. Sue included her clients in many different activities that were above and beyond the scope of her job. She loved each client that was in her care and held them close to her heart. Her hobbies included quilting, journaling, stamp collecting and gardening. One of her favorite pastimes was attending garage sales, as is evidenced when you go in her house. Sue was an avid animal lover, rescuing many animals and donating money to help those animals she couldn’t personally take in. One faithful companion of hers was Chi Chi, a 29 year old Macaw, that she got in 2004.

She is preceded in death by her mother, Joan Swanson, and her nephew, Matthew Swanson. In lieu of flowers, donations to Humane Society of the Lakes (Detroit Lakes, MN) in memory of Sue would be a way to bless her.

To order memorial trees or send flowers to the family in memory of Susan Lynn Swanson, please visit our flower store.