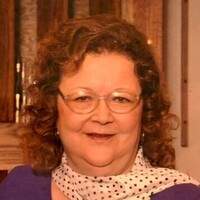 Valerie was born on July 31, 1951 in Minneapolis, MN to Robert H. and Helen E. (Pearson) Medaris. She lived in Minneapolis until 1964, when the family moved to Park Rapids, MN. She graduated from Park Rapids High School in 1969.  After high school, she attended Patricia Stevens Modeling School, attended Detroit Lakes AVTI for General Clerical, then later graduated in 1978, with a Medical Secretary Certificate.

Valerie worked at various places in and around Detroit Lakes throughout her working career. She was a valued employee and excelled in customer service. When she was not at work, she was involved in many community activities. She was a Job’s Daughter, later joining the Eastern Star, and serving as Worthy Matron twice. She was affiliated with the VFW Ladies Auxiliary Post 1676 and the National Multiple Sclerosis Society MN Chapter. She was a member of First Lutheran Church in Detroit Lakes, MN.

Valerie was an avid reader, she enjoyed going to auctions, collecting things, and going for long drives with her love Richard. In recent years she was able to take care of her family while dealing with challenging health conditions.

Valerie is survived by her lifelong love Richard B. Fleming; sons Richard, Larry, and Ryan; brother David Medaris; three nieces and a nephew, nine grandchildren, and one great grandchild.

Preceding her in death are her parents Robert and Helen; brother Robert L. Medaris; and sister Diane L. Medaris.

To order memorial trees or send flowers to the family in memory of Valerie Louise Medaris, please visit our flower store.