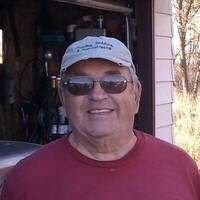 Warren Kermit Clapsaddle, 79 of Frazee, MN passed away on January 21, 2022, at Emmanuel nursing home in Detroit Lakes, MN. Warren was born on May 31, 1942, to Merritt and LaVerne (Sinner) Clapsaddle in Blossburg, PA. When he was three, they moved to Chicago and soon after found roots in Minnesota where Warren went to Country School in Frazee and graduated in 1960. After graduating, Warren went to trade school for carpentry. In 1965 he enlisted into the Army and fought in the Vietnam war. Warren then transferred to the Air Force and after 22 years of dedication retired in May of 1992. During this time, he also worked for Snappy’s and retired from there in 2002. Warren and Theresa (Olson) Thunstrom were married on March 18, 1978, to this marriage were three children James, Thomas, and Rhonda. Warren enjoyed traveling, burger night, fishing, hunting, going to auctions, gardening, being a member of the VFW and FFA alumni, and most of all spending time with his family.

He is preceded in death by his parents; Merritt and LaVerne (Sinner); sister, Shirley (Eugene) Bartel; grandson, Jordan Clapsaddle.

The family would like to thank you for your sympathy and support celebrating the life of Warren Clapsaddle.

To order memorial trees or send flowers to the family in memory of Warren K Clapsaddle, please visit our flower store.
Open