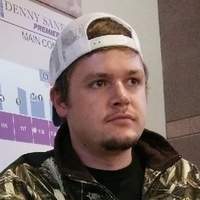 The man. The myth. The legend. Men wanted to be him, and women wanted to be with him. Zachary Allen-Eugene Asleson passed away peacefully in his home on January 15th, 2021 after rescuing a litter of kittens from a burning building. Or maybe not. But we all know how he liked to tell stories.

The saga began on April 28th, 1989 when Zack was born in Burnsville MN to Brian “The Papa” Asleson and Angela “The MeeMaw” Harvala-Asleson. Brian instilled Zack’s exclusive love for Chevy’s at a young age when the family moved to Detroit lakes, MN in a Chevrolet Blazer in 1991. This is where he proceeded to live out his glory days.  Growing up, Zack adapted to life with girls by having two older sisters, April and Brianna, who loved to dress him up and put makeup on him. This must have planted the seed for when he became the BEST girl dad later in life. Zacks childhood wasn’t all sugar and spice, it included some frogs, snails, and puppy dog tails. As Zack got older, forced glam and barbies were replaced with things that go vroom, BMX bikes, and skateboarding with his baby bro Cole and his brothers from other mothers. Zack leaned in hard to the skateboard life and spent all of his free time right foot first at the skate park with his posse. Any one of his friends would tell you that “Sack” had a heart of chrome. He loved his friends, so much so he’d extend his home to them and make them part of the family-whether they liked it or not.

The bread and butter of Zacks life started in the fall of 2009 when Zoey Marie was born.  Just two short years later, the Tripod was complete with the addition of Olly Sheree. Being the daddy shark, doo-doo-doo, came naturally to Zack. The sun rose and set in the girls’ eyes as far as he was concerned, and “no” was a word that quickly left his vocabulary. The Tripod is a term that Zack and the girls lovingly referred to when referencing each other.  It is a word that gives them strength, like the shape of a triangle gives strength to a bridge.

On a hot summer day, you can find Zack, or as his nephew Beaux calls him, “uncle daddy” down on MeeMaw’s dock teaching Beaux man stuff like how to “whiz” or how to do a cannon ball flexing while plugging his nose. Summers at MeeMaw’s were never short of laughs. He never missed an opportunity to share a one-liner and took pride in his comedic skill, but not as much as Angela. Even with a mouth like a sailor, he was the apple of his mother’s eye.

Like a typical basic bro, his hobbies included all of the usual suspects of a Minnesotan born and raised man. Vikings football, hunting, pretending to be good at fishing, grilling and a love of lottery tickets…hoping to someday strike it rich.

Speaking of rich, Zack loved his job at BTD and spent the last 9 years mastering the art of flipping a dime onto a forklift. If you know, you know. Zack took his job very seriously, which makes sense why his motto was “Boss makes a quarter, I make a dime, that’s why I poop on company time.”   After almost a decade with BTD many of his coworkers became close friends. Zack loved learning new on the job skills, so much that one day he decided to take his Production Trainer home with him. Kelsey and Zack spent the last 5 years creating tons of happy memories together, they “chanced the rapids and dared to dance the tides.”

While Zack’s time with us was brief, he left an enormous wake that will leave ripples to come, kind of like the boat with the big engine he hoped to have some day.  There is no doubt that The Legend will live on in his two extraordinary daughters, Zoey Asleson and Olly Asleson. Along with surviving A-Team members including his Mother Angela Harvala-Asleson, Father Brian Asleson, Sisters April Asleson and Brianna Asleson, Brothers Cole Harvala-Block, Tyler Block, Keagan Block, and Peyton Block, his nephew Beaux Asleson, Grandma Linda Harvala-Atkins, Grandma Sandra and Dean Anderson, His girlfriend Kelsey Blank, and oodles of family and friends. Zack is in good company with his Grandpa Richard Harvala, Grandma Joan Harvala, Grandpa Robert Asleson, Auntie Richelle Monson, Cousin Tony Block, and his BFF Libby the dog.

To order memorial trees or send flowers to the family in memory of Zachary Allen-Eugene Asleson, please visit our flower store.